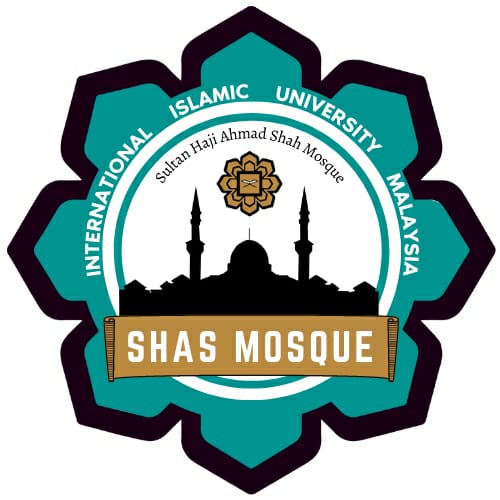 The Mosque was built at the Gombak Campus, International Islamic University Malaysia. Its building was completed on 12 th October 1997. It was officiated by the Constitutional Head of the University, Sultan Haji Ahmad Shah Al-Musta'in Billah Ibni Al-Marhum Al-Sultan Abu Bakar Ri'ayatuddin Al-Muazam Shah, Sultan Pahang Darul Makmur on 09th October 2000 and was given the name of “SULTAN HAJI AHMAD SHAH MOSQUE”.

Symbolises a fountain that propogates and integrates comprehensive knowledge in the spirit of tawhid and ibadah, in the effort to integrate revealed and human sciences within the practical and theoritical framework of Islamic ethics.

Centrally located within the main campus in the 'Garden of Knowledge and Virtue' that unite and intelock all the functional centres of the campus to instil and strengthen the values of ukhuwwah Islamiyyah of the IIUm community.

Welcome to the official website of the Sultan Haji Ahmad Shah (SHAS) Mosque.

The SHAS Mosque was completed in the 12th October 1997 and officiated by the Constitutional Head of the University, Sultan Haji Ahmad Shah Al-Musta’im Billah Ibni Al-Marhum Al-Sultan Abu Bakar Ri’ayatuddin Al-Muazam Shah on the 9th October 2000. In line with the International Islamic University Malaysia (IIUM) Mission and Vision for Islamization and Integration of knowledge under the spirit of tawhid and ‘ibadah, the SHAS Mosque aims to provide better services for IIUM community in its role as the centre for tarbiyyah ruhiyyah (spiritual nurturing) through organizing many Islamic educational spiritual activities.

The Mosque is a catalyst in achieving this vision of Islam and the role of IIUM to be a “Mercy for all mankind.” The SHAS Mosque provides services that deal with the needs of IIUM community and inculcate the ukhuwwah Islamiyyah (Islamic brotherhood) and Islamic culture among Muslim adherents as well as the others.

The SHAS Mosque office plays a vital role in managing the mosque as a center for worship and community services, in addition to having a wider role in providing training for the relevant knowledge of Fard ‘Ain and Fard Kifāyah. As such the SHAS Mosque is supporting IIUM as an educational center in producing exemplary characters among its staff and students.

The fine design of the SHAS Mosque symbolizes the aesthetic beauty of Islamic architecture and its deep-rooted values and spiritual philosophy, as a source of noble morals that call for truth and piety.

This SHAS website was launched in order to share relevant information with IIUM community and the public on the programs, activities and services provided at the mosque.  The website aims to reach a wide audience from the local and international communities and we hope that the site offers accessible information and services in supporting the vision of the SHAS Mosque.

VISION AND MISSION OF THE SHAS MOSQUE, IIUM