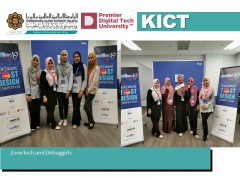 Congratulations to two IIUM teams that have completed the challenges in the Test Design Competition, organized by the Malaysia Software Testing Board. The groups are:

The competition was divided into two parts:

The results will be announced in the SofTec conference in September.